We use beans from our own Charley’s Chocolate plantation at Mt Edna Mission Beach.  We also source beans from trusted suppliers in Papua New Guinea, Shannonvale Australia and Tully River Australia. 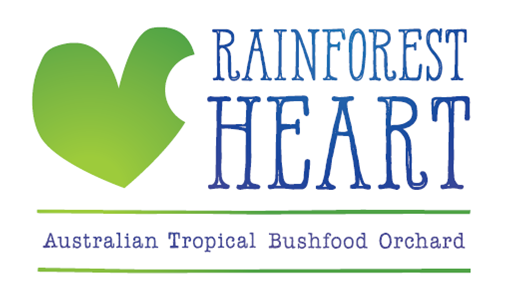 Rainforest Heart also grows other ancient Australian native rainforest fruit species. Their orchard plantings are increasing the habitat for native wildlife including the endangered cassowary who visits often to feast on fallen fruit! The valley has a long tradition of being a place that produces superb fruit and orchards were operating there during the 1940s and 50s in the hands of the original European settlers.

Margo and Peter through Rainforest Heart are showcasing traditional fruits to the world in modern applications such as teas, vinegars, spice blends, fruit wine and aperitifs. Margo was born and raised in Papua New Guinea and, as a result, has a keen interest in indigenous cultures and food. Peter’s the farm manager and is involved in developing innovative systems for the Rainforest Heart business.

Apart from being a great looking fruit, the Davidson’s plum has many health benefits. It has three times more antioxidants than blueberries and is an excellent source of potassium, vitamin E, zinc, folate, magnesium and calcium. It’s not a fruit you can eat raw but has fantastic flavours for use in cooking. Being deliciously tart, it teams well with Charley’s King Ranch dark chocolate in the Davidson’s plum bar.

Charley’s sources organic coconut from local business Beach Harvest. Casey and Jessie Willets started their business with a simple desire to get more coconut into their family’s diet.

They wanted healthy, organic Australian coconuts and without chemicals and preservatives. This wasn’t too difficult as they live in the tropics, very close to Port Douglas in far north Queensland. Coconuts love the tropics and are plentiful on public and private land where they’re harvested. Coconuts are especially high in manganese, essential for bone health and the metabolism of carbohydrates, proteins, and cholesterol. They're rich in copper and iron too.

Beach Harvest’s a great small business where the whole family is involved. 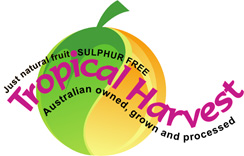 Tropical Harvest is located just outside of Tully in the foothills of the beautiful Wet Tropics of far north Queensland where Linda and Kelvin Ablles have been fruit drying for well over a decade.

Charley’s Mission Beach base is near Tully. We source the majority of our fruit from local growers, such as the pineapple for Charley’s milk chocolate PLUS range, reducing the environmental impact of transportation.

The dried pineapple’s wonderful and loaded with vitamins and minerals. It’s sweet, slightly tart and has a distinct delicious flavour. Best of all, though, it’s completely natural, sulphur and additive free.

Tropical Harvest use solar power when drying fruit and, by drying at 45 degrees Celsius, all the vitamins and minerals are retained in the fruit. This approach allows the fruit to be classified as ‘raw’. 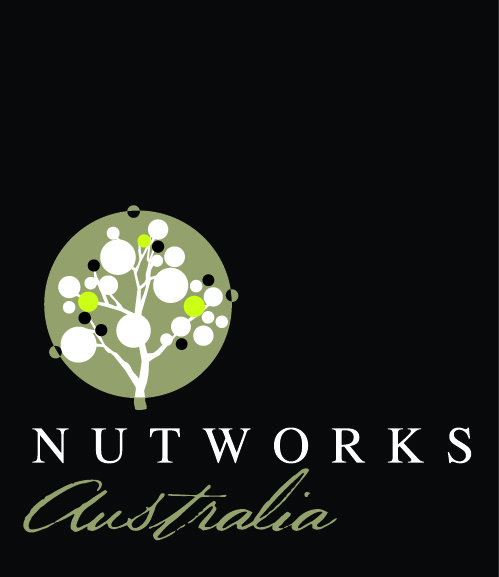 In 1993 four Sunshine Coast macadamia growers passionate about their product founded Nutworks with a kernel of an idea. They wanted to create a central facility purpose-built to crack and sort the region’s macadamias. The business took off and a new processing factory was built in Yandina in 1996 to enable significantly higher production volumes.

The macadamia’s native to Australia, particularly north eastern New South Wales and central and south eastern Queensland. Long before European settlement, the macadamia nut formed part of the diet of Aboriginal people in these regions. They were highly valued and traded between tribes and used as special ceremonial gifts at inter-tribal corroborees.

The German explorer Ludwig Leichhardt collected the macadamia in the 1840s. The plant wasn’t officially named until 1857 when Ferdinand Von Mueller, a British botanist, named it after Dr John Macadam, a chemist from Castlemaine in Victoria.

The macadamia story’s uniquely tied to Australia. Although now grown in other global regions, the crisp texture and delicate flavour, long shelf life and versatility of Australian macadamias have made them eagerly sought after the world over. Macadamias grow best where nature intended–in the same regions in which they first evolved 60 million years ago.

Macadamias are a nutrition powerhouse, beneficial to health and wellbeing.

We use Nutworks macadamias in three of our Chocolate PLUS bars, some of Charley’s most popular bars.