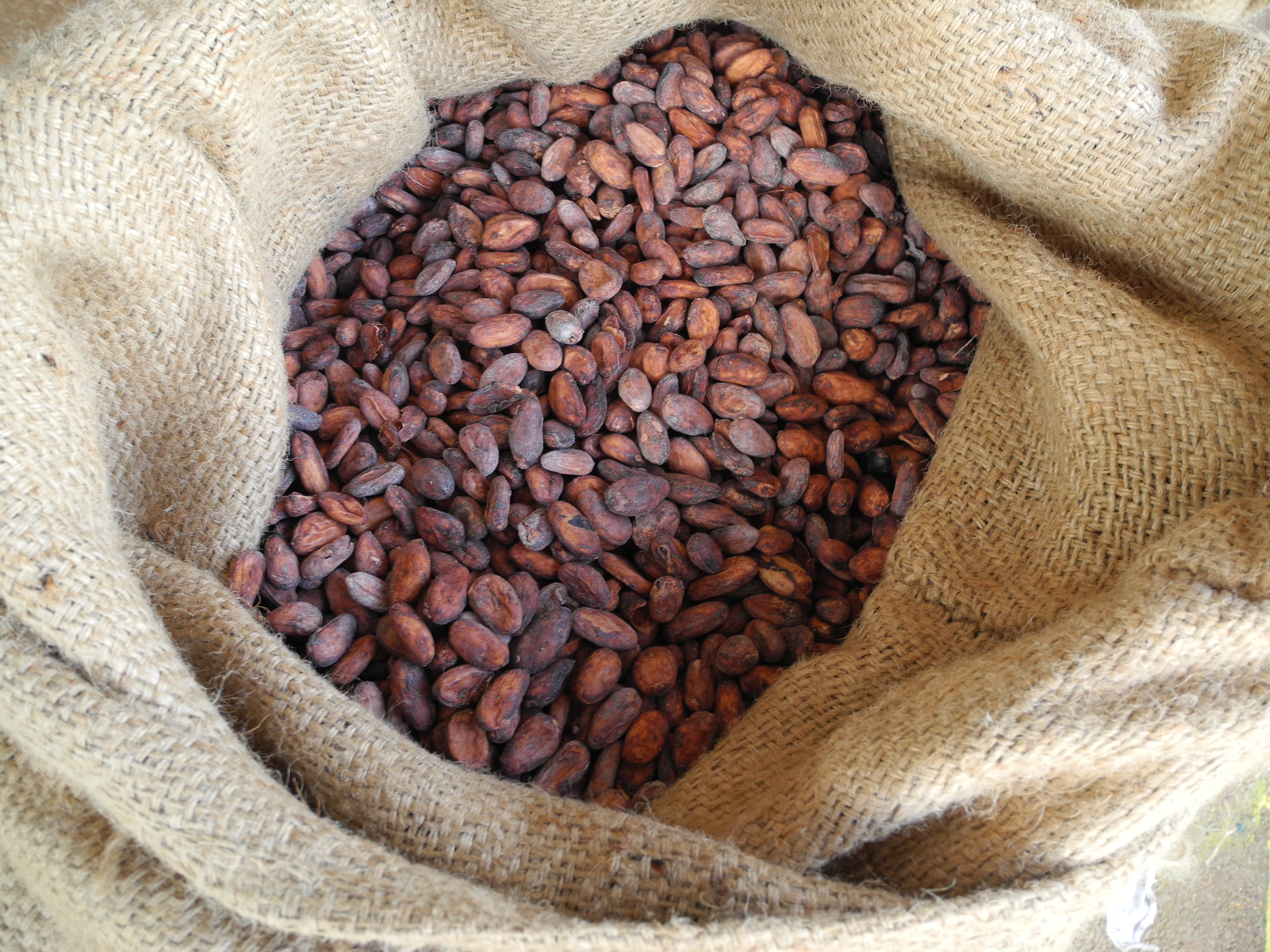 A cocoa pod (fruit) has a rough, leathery rind about two to three cm (0.79 to 1.18 in) thick filled with sweet, mucilaginous pulp (called baba de cacao in South America) with a lemonade like taste enclosing 30 to 50 large seeds that are fairly soft and a pale lavender to dark brownish purple colour.

During harvest the pods are opened, seeds kept, empty pods discarded and pulp made into juice. The seeds are placed where they can ferment. Due to heat buildup in the fermentation process, cacao beans lose the majority of the purplish hue and become mostly brown in color, with an adhered skin which includes the dried remains of the fruity pulp. This skin’s released easily by winnowing after roasting. Winnowing’s an agricultural method developed by ancient cultures for separating grain from straw and removing pests. In its simplest form, winnowing involves throwing the produce into the air so the wind blows away the lighter material, while the heavier material falls back down for recovery. Using specialised cocoa winnowing equipment or tools, the same effect occurs in chocolate making. 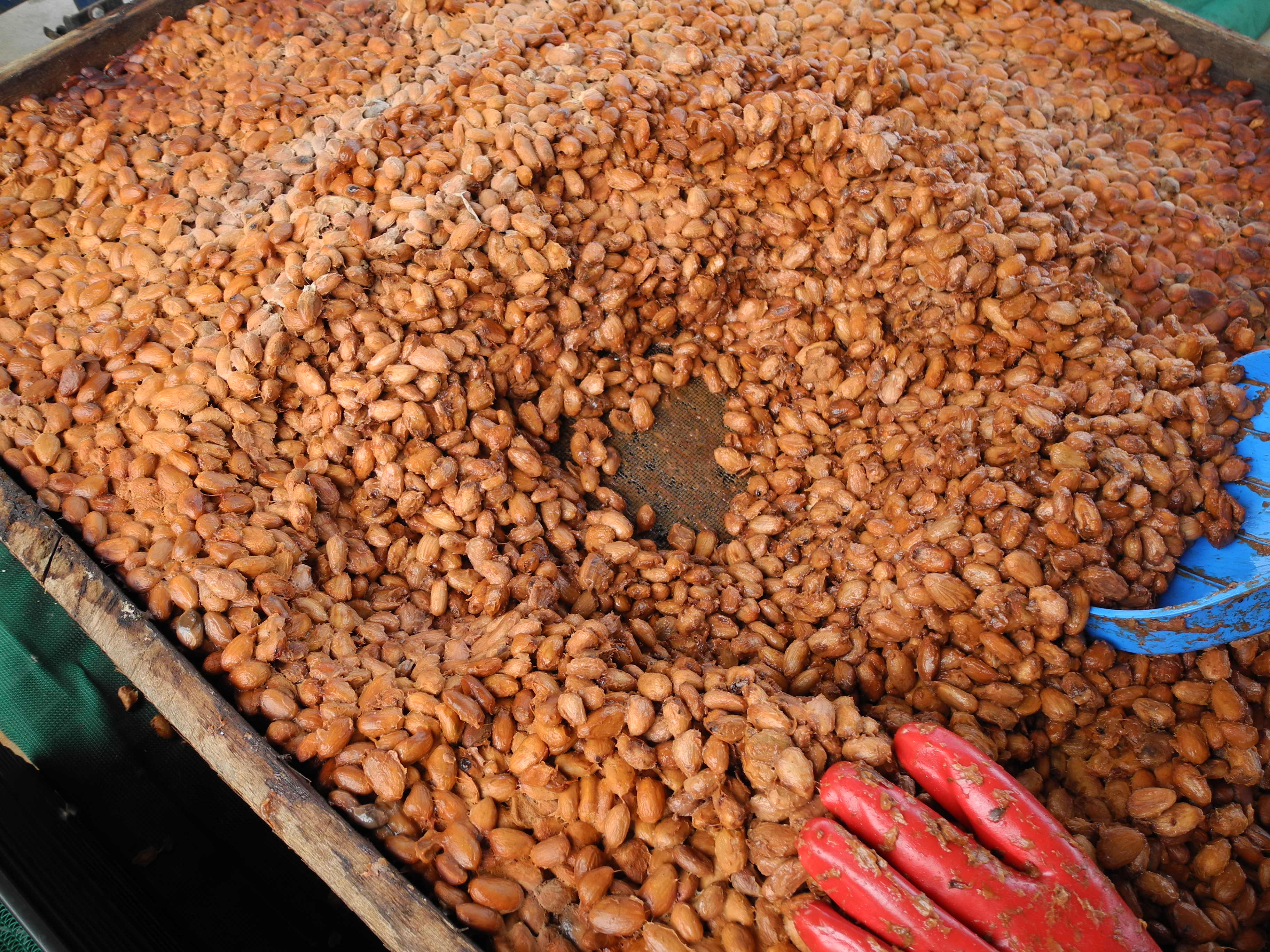 Once roasted and winnowed, using a conche (a vessel filled with metal beads which act as grinders), the cocoa nibs can then be made into the chocolate we recognise. Legend has it that Rodolphe Lindt (who invented the conche in Berne, Switzerland in 1879) mistakenly left a mixer containing chocolate running overnight. Lindt’s invention enabled production of chocolate with superior aroma and melting characteristics compared to the previous gritty chocolate. Inspired by the conch shell, a sophisticated mechanised conche used in mass chocolate production is a surface scraping mixer and agitator that evenly distributes cocoa butter within chocolate and may act as a polisher of the particles. The conche process also promotes flavor development through frictional heat, release of volatiles and acids, and oxidation. Food scientists are still studying precisely what happens during conching and chocolate makers often keep their conch process proprietary since conching is so important to the chocolate texture and flavor. Charley’s uses traditional granite stone conches in a slow labour intensive batch process to turn the nibs into chocolate mass. 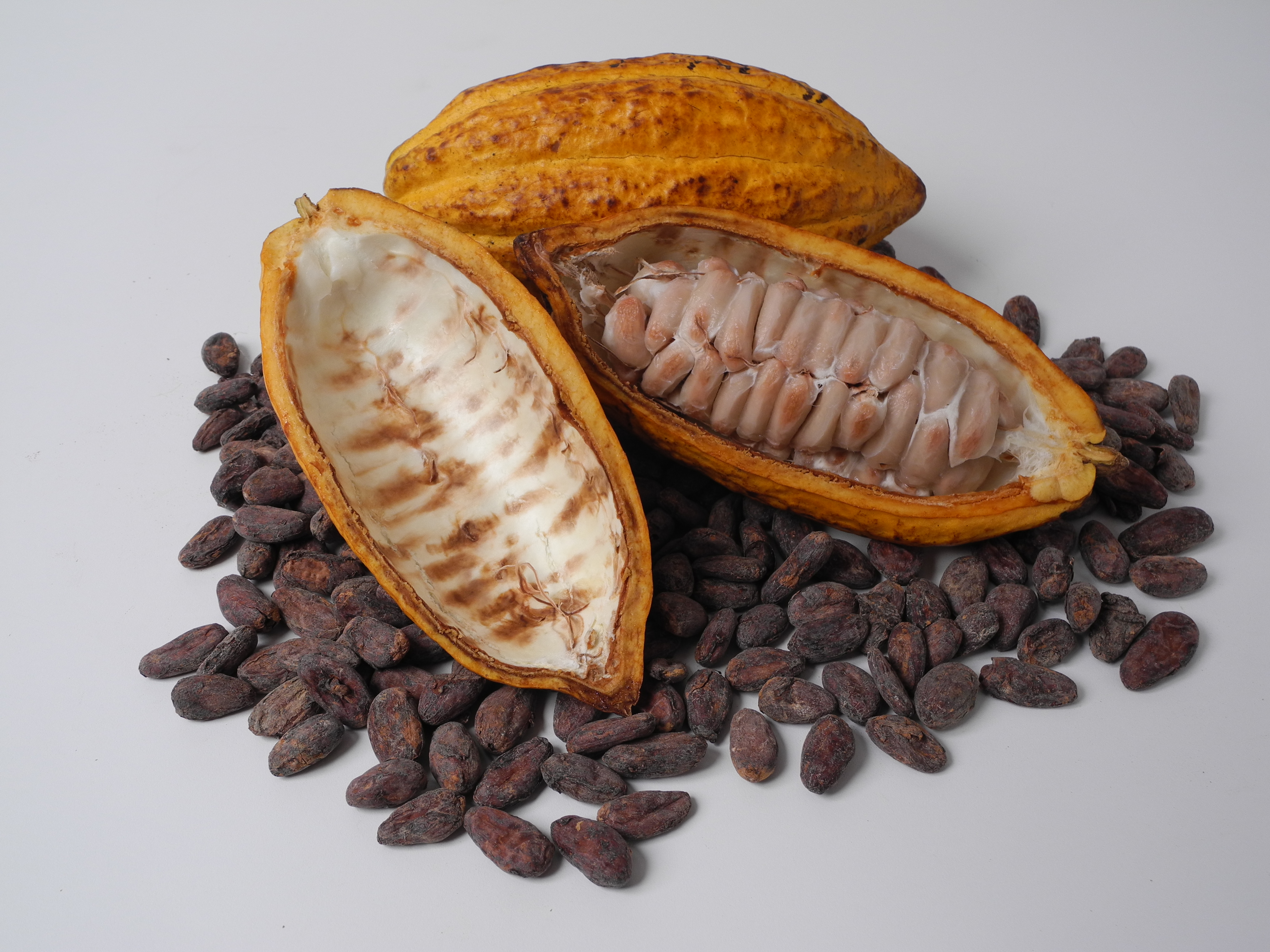 To make the very best dark chocolate, it’s essential to begin with the highest quality cocoa beans and then use the best and most natural process possible. Charley's chocolate is 70% and is handcrafted on site in Mission Beach from cocoa bean to chocolate bar or from cocoa pod from our trees through to chocolate bar.  We aim for conching to below 20 microns.

​The next step is tempering, a heating process to stabilise the cocoa mass and add the shine. Uncontrolled crystallisation of cocoa butter typically results in crystals of varying size, causing the chocolate surface to appear mottled and matte and the chocolate to crumble rather than snap when broken. Using melting temperatures from 17 °C to 36 °C, the fats in cocoa butter can crystallise in six different forms with varying strength, texture and appearance properties (polymorphous crystallisation). The uniform sheen and crisp bite of properly processed chocolate are the result of consistently small cocoa butter crystals from the tempering process and achieved at melting temperature of 34 °C.

After tempering, Charley’s chocolate is refrigerated and packaged, ready for dispatch to consumers.