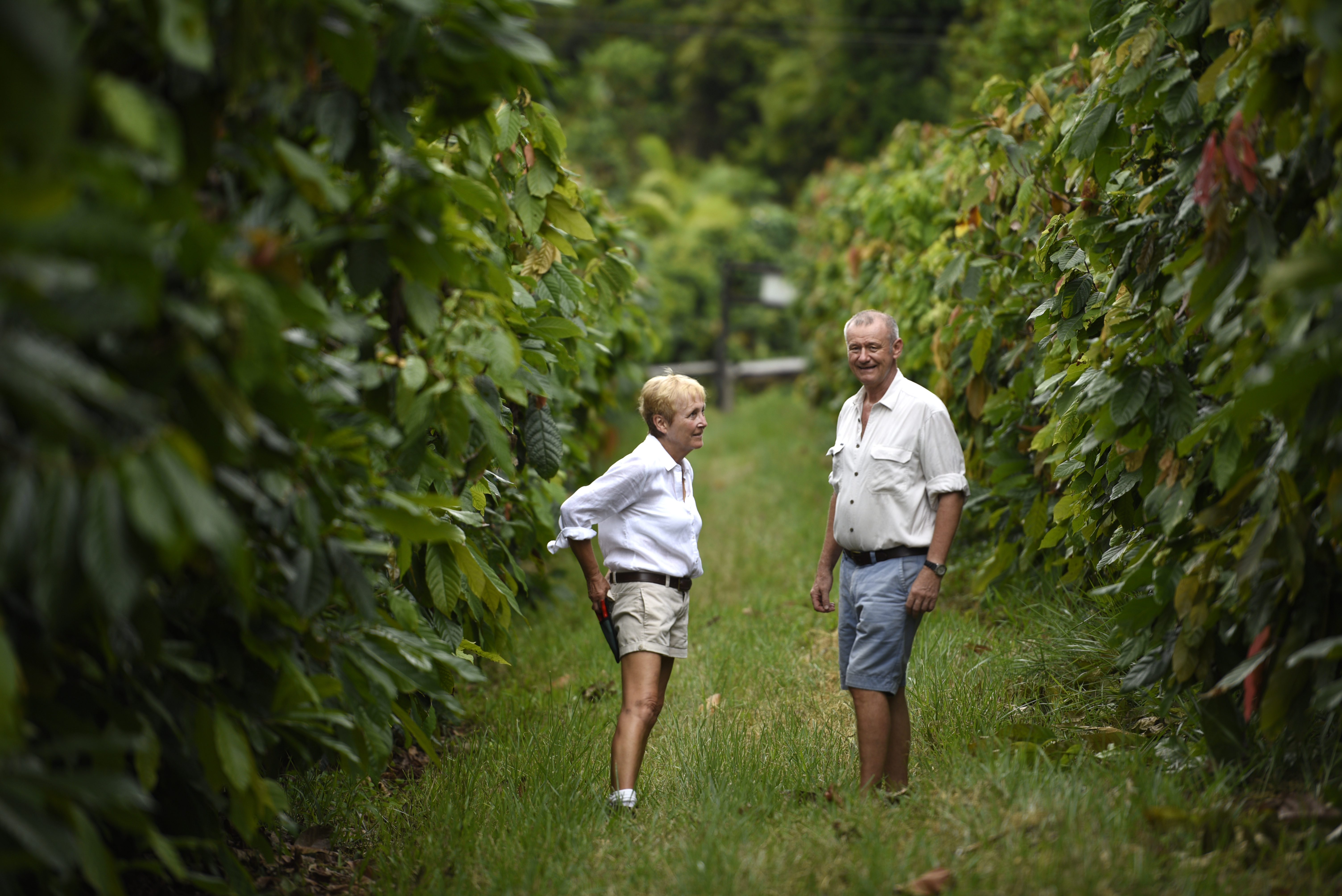 Our story is about taking some risks, going out on a limb, doing things differently and having some fun along the way. We aim to make a difference to regional Queensland and Australia in our innovation approach, agribusiness development, eco tourism venture and product offering.

The story starts in 2003 when Charley’s founders, Chris and Lynn Jahnke, moved from Melbourne to tropical North Queensland to escape Melbourne’s cold and unwind from their busy small business, We’d been visiting for several weeks each winter and had fallen in love with the region. After looking at many properties from Mackay all the way north to Cooktown, we purchased a 400 acre (160HA) property at Mt Edna near Mission Beach in the World Heritage Wet Tropics region of Far North Queensland, Australia.

The Mt Edna property which Charley’s now calls home was a very run-down banana farm. We could see past the rough exterior to its decent infrastructure, good soils, gorgeous views, abundant rain, amazing flora and fauna and warm tropical climate.

In the early 2000s we owned a Melbourne based, national handbag direct retail business. Due largely to reliable and cheap internet connections plus a daily direct flight service from Cairns to Melbourne, it was possible to largely manage this business remotely. The company’s sales force was spread across Australia and were supported by excellent administration and warehouse staff at the Melbourne head office.

In 2004 the Mt Edna property was starting to take shape. We’d decided to transform it from the banana farm to a cattle property. With sound advice from locals and the help of contractors, approximately 70,000 banana trees were removed. Land was prepared and sown to improve tropical pasture. Fences spanning many kilometres were built and cattle yards were constructed. We then stocked the property with young Brahman cattle. All this of course involved a huge learning curve as we were very much city people. Luckily we both enjoy a challenge! 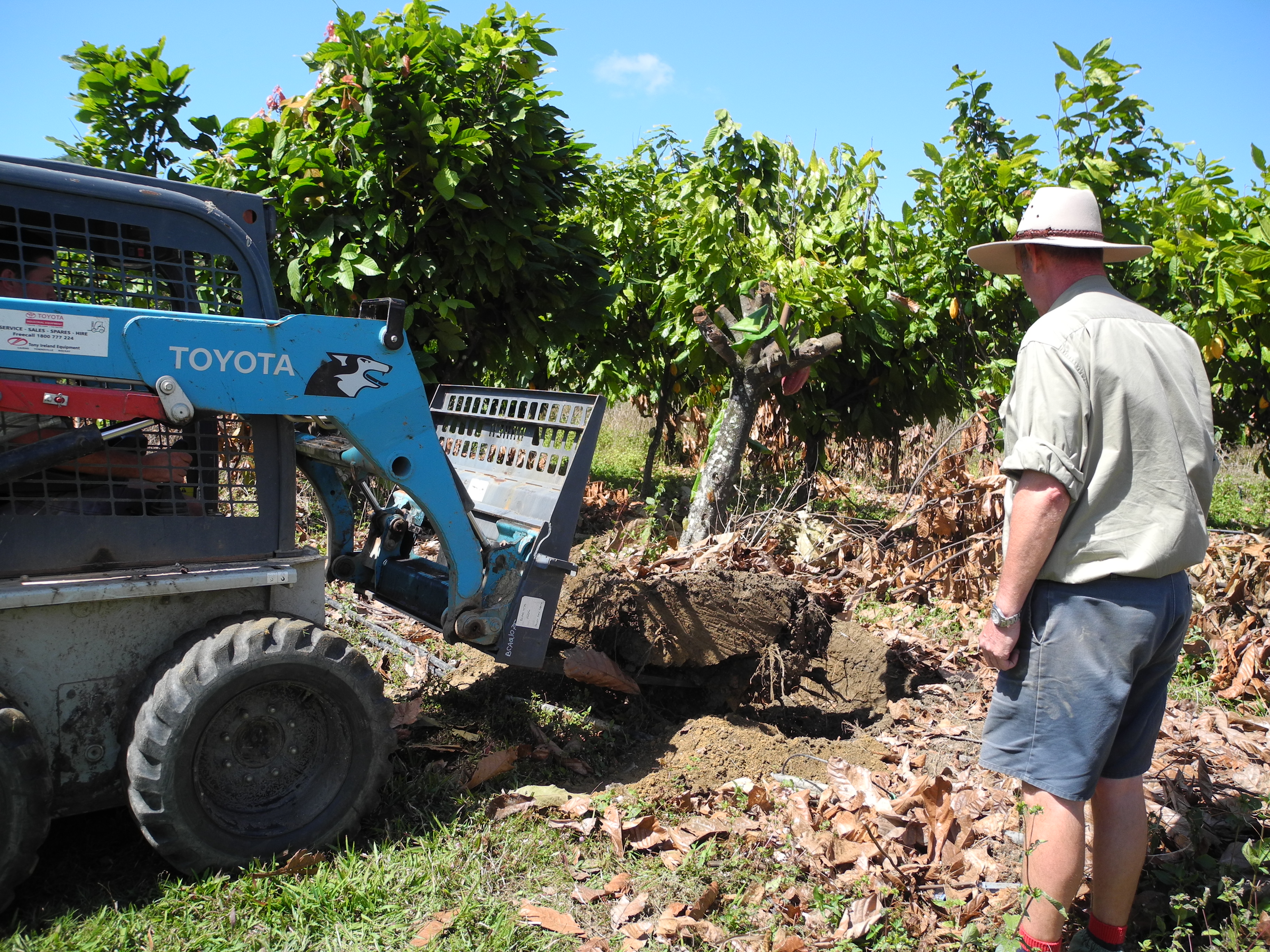 Little did we know what hurdles yet lay ahead. Only a short while later in March 2006, Cyclone Larry crossed the coast just to the north of Mt Edna. Packing windspeeds of up to 300 kilometres per hour it caused widespread devastation. For us it was a baptism not of fire but of furious wind and rain. The cyclone was followed by 100 days of rain completing the destruction and hampering reconstruction efforts. Repairs to buildings and infrastructure took 18 months.

In February 2011 Cyclone Yasi brought a repeat performance. It crossed the coast at Mission Beach as a category five cyclone, the largest storm in Queensland history. Once again the region was devastated. Chris commented, “Wind at 340 km/hour is a powerful learning experience”.  It certainly shaped future thinking!

Following the rebuilding after Yasi and 10 years of travelling to and from Melbourne we were ready to sell the Melbourne business and start a new chapter in far north Queensland.

As Samuel Johnson said, ‘When a man knows he is to be hanged in a fortnight, it concentrates his mind wonderfully.' With the fresh lessons of cyclones Larry and Yasi we now embarked on exploring options and their associated possibilities and challenges.

Due to the warm climate and abundant rain, horticulture cropped up frequently as the Mt Edna Mission Beach location has ideal weather conditions for growing a range of tropical fruits. 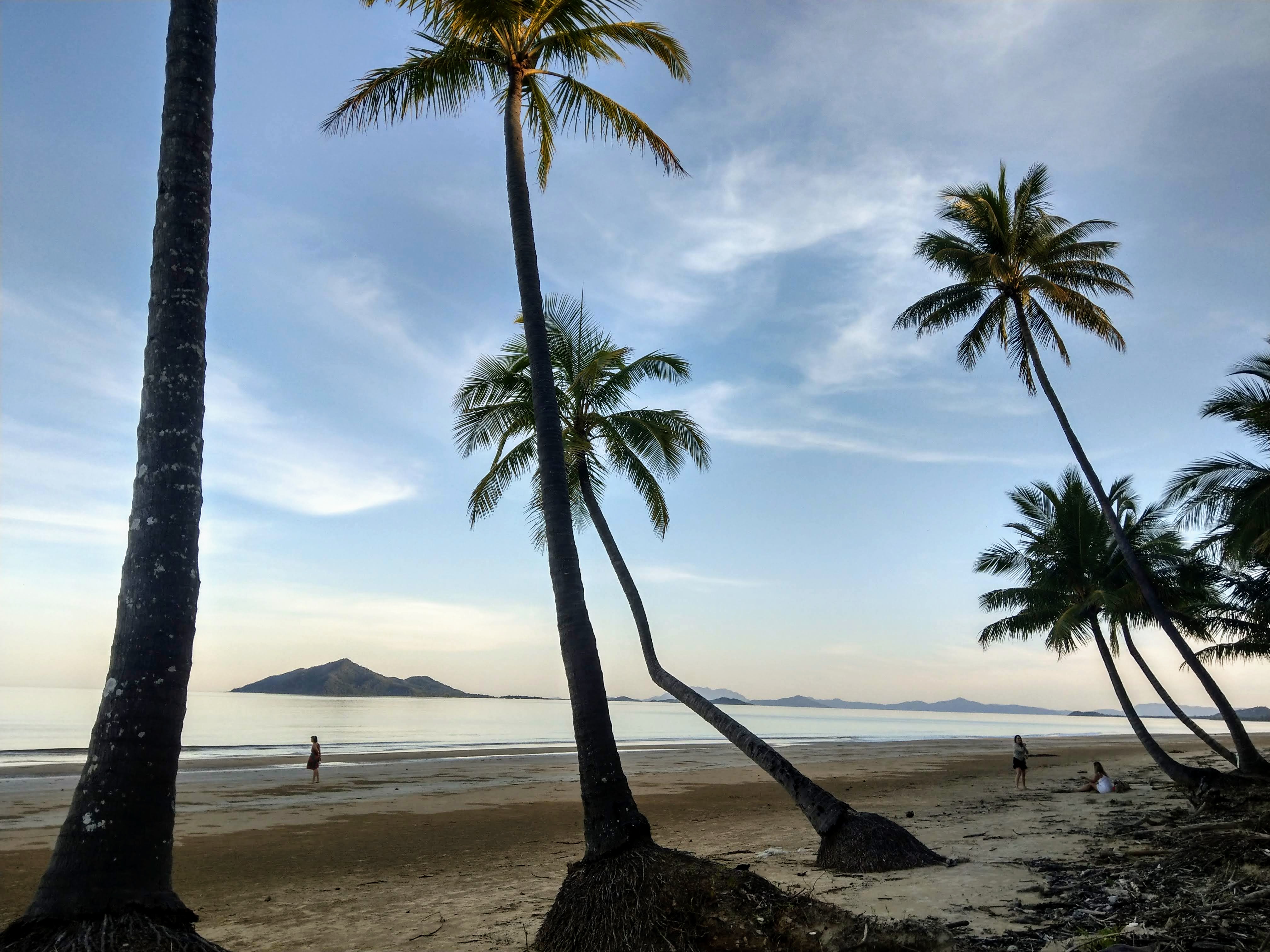 Mission Beach’s green reputation was another important consideration. The World Heritage Wet Tropics region of North Queensland is very green in terms of the lowland rainforest foliage and also in the mindset of many locals, visitors and the broader public.

So we determined to take a wholly sustainable path and decide later whether or not certified organic would be part of that story. Over many glasses of Australian wine, we weighed up different business scenarios incorporating considerations such as ‘food miles’, climate change and fair trade.

Chris had always been a critic of Australian primary industry’s typical historic lack of domestic value adding and the practice of ‘shipping it out and bringing back the finished product.’  A segment on ABC TV’s Landline program which discussed growing cocoa in the Australian Tropics struck a very loud chord. Cocoa’s the major ingredient in chocolate (along with sugar which is also grown locally). Here was a chance to produce a high value product and to do so on location!

Months of research followed. This revealed that indeed tree to bar chocolate manufacturing was possible, although only a few other global locations were engaged; partly due to the unique equatorial distance requirement for cocoa growing combined with political and economic conditions for SME growth. The research also hinted at the emerging global chocolate industry transformation being driven by chocolate consumers. Although less advanced, this chocolate industry evolution is similar to the early stages of coffee and craft beer transformation over the last two decades. 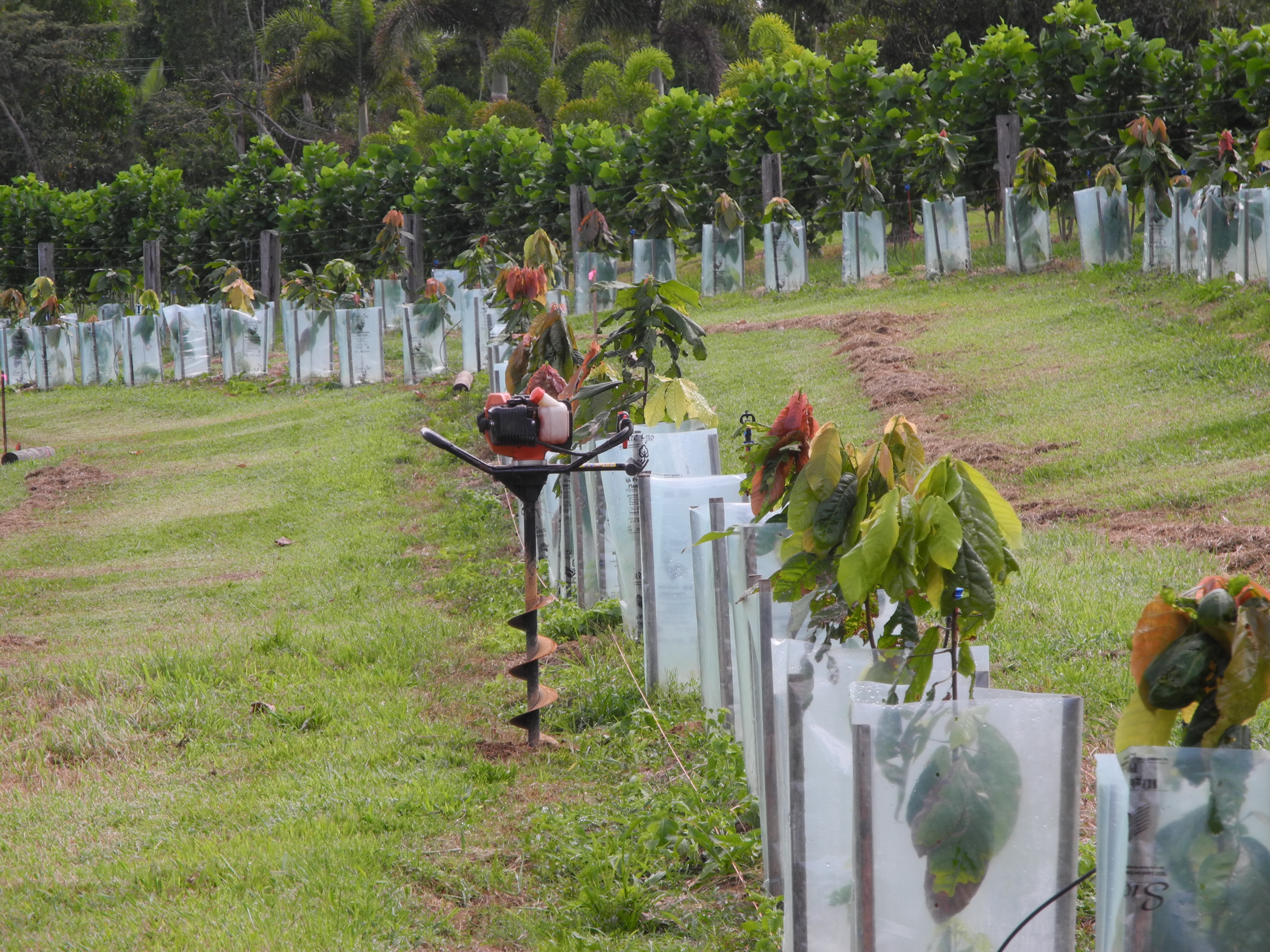 Armed with this knowledge and Queensland Department of Agriculture advice and assistance, the wheels were set in motion. We planted our first cocoa seeds in late 2012 and Australian Chocolate Pty Ltd, the company behind Charley’s Chocolate, was formed in 2013.

Starting out, no one dreamt that in six short years we would be recognised as a world class chocolate maker and as one of the 18 finest cocoa producers globally. It’s been a wild ride!