Over the organisation’s short life span Charley’s has been recognised with multiple prestigious national and global awards.

Charley’s was also awarded the overall trophy for Best Chocolate Bar in Australia at the Australian Fine Food Awards in 2016.

In October 2017 we achieved elite global status when the international Cocoa Of Excellence program at the Salon du Chocolat in Paris judged Charley’s Mount Edna cocoa as one of the world’s 18 finest.

The gruelling Cocoa of Excellence program is often described as the cocoa ‘Olympics’. Prior to the bi-annual Paris Salon and using a format of extensive and rigorous qualifying and competition events, the world’s finest cocoas are selected from amongst a field of thousands from the 40 producing countries. These shortlisted samples are then submitted and a panel of international judges over a period of six months carefully test, taste and score each one against a complex flavour wheel. 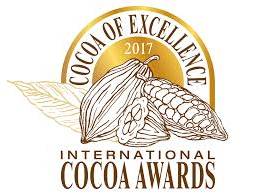