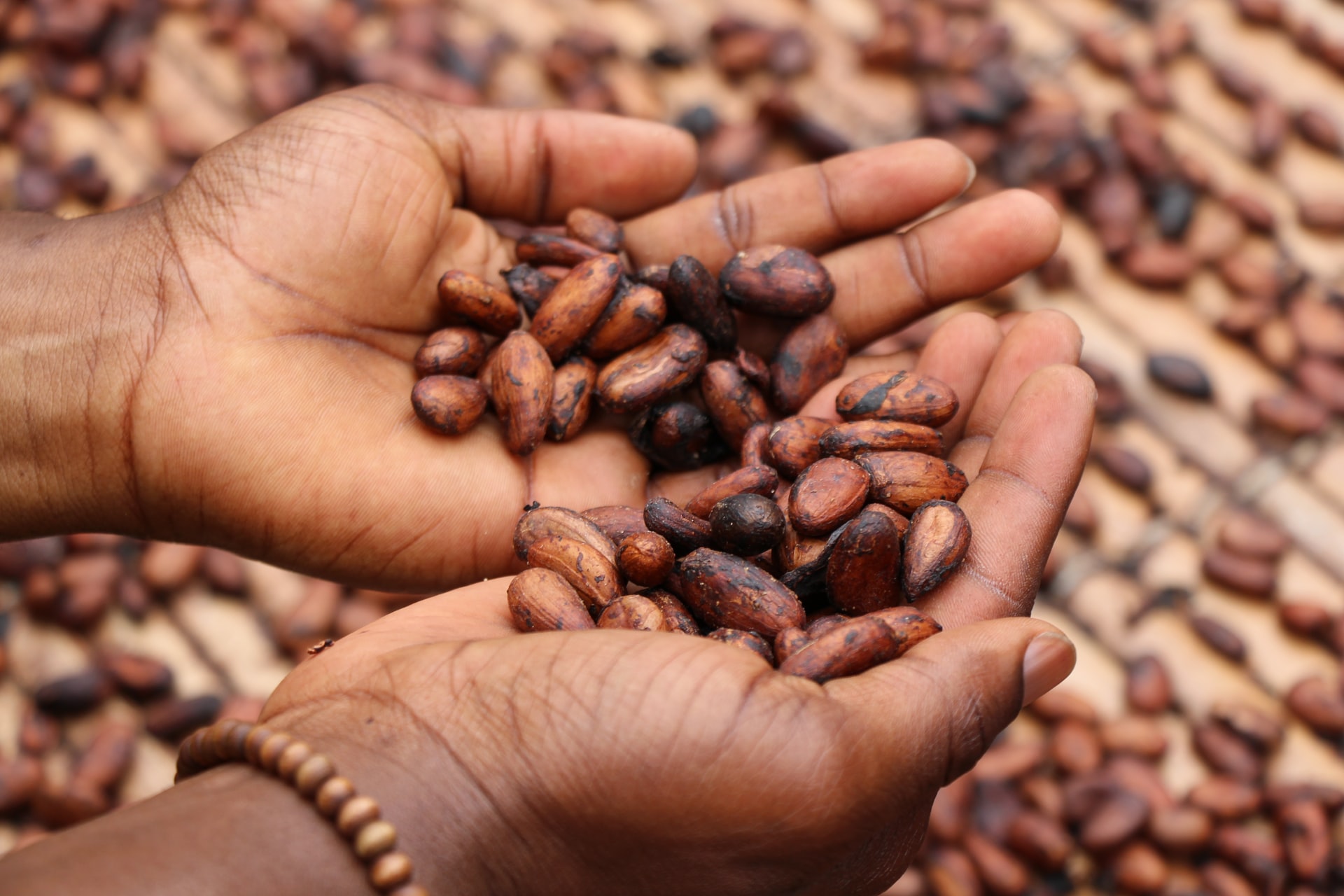 Cocoa trees grow in hot, rainy tropical areas within 20 degrees of latitude from the Equator. Cocoa harvest isn’t restricted to one period per year and a harvest typically occurs over several months. In fact, in many countries cocoa can be harvested at any time of the year. In Australia cocoa is grown in far north Queensland, including at Charley’s Mt Edna Mission Beach plantation. Far North Queensland’s cocoa planting is estimated at 30 hectares. Cocoa’s also grown in Hawaii with a similar area under cultivation.
The three main varieties of cocoa are Forastero, Criollo and Trinitario. The first is the most widely used, comprising 80–90 per cent of the world production of cocoa. Cocoa beans of the Criollo variety are rarer and considered a delicacy. Criollo plantations have lower yields than those of Forastero and also tend to be less resistant to several cocoa plant  diseases; therefore very few countries still produce Criollo cocoa. One of the largest producers of Criollo beans is Venezuela (Chuao and Porcelana). Trinitario (from Trinidad) is a hybrid between Criollo and Forastero varieties. It’s considered to be of much higher quality than Forastero, has higher yields and is more resistant to disease than Criollo.

The ranking of chocolate consumption by country varies by information source; Switzerland, though, consistently ranks as number one. In this ranking Australia’s at number nine and the United States at 11. 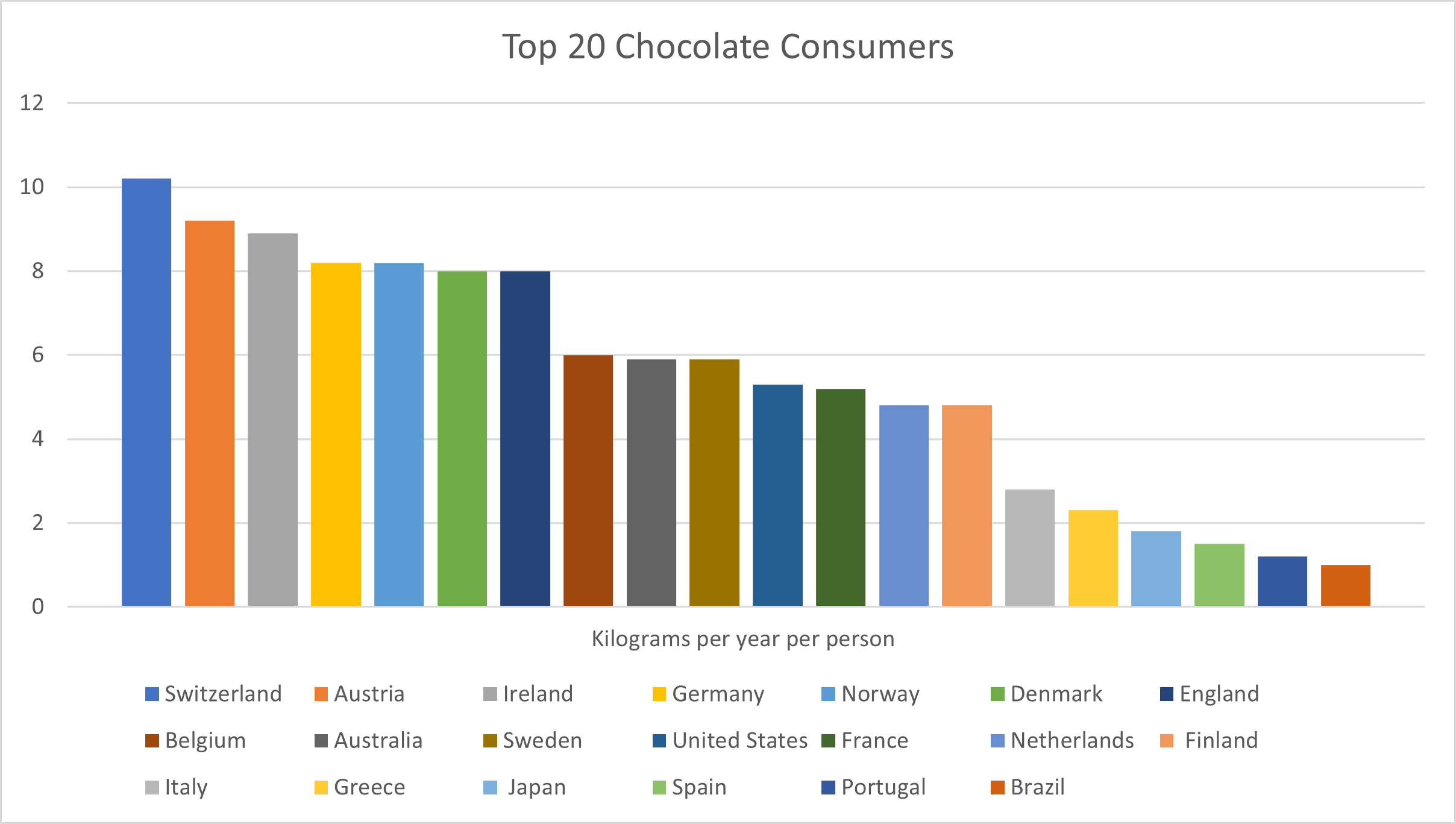