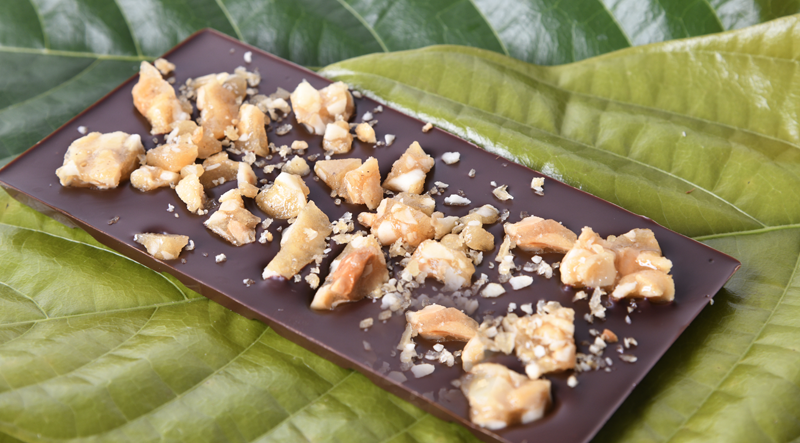 Mission Beach is in the wet tropics region of Australia at 17.8 degrees south. Theentire coast from the tip of Cape York to as far south as Bowen is subject to cyclones from December to April each year. These cyclones are typically localised and are not much more that strong wind and rain. We occasionally receive category three  and above cyclones and these cause damage. Having seen firsthand what 300 km/hour wind can do, making sure the cocoa plantation had survivability built-in was critical. 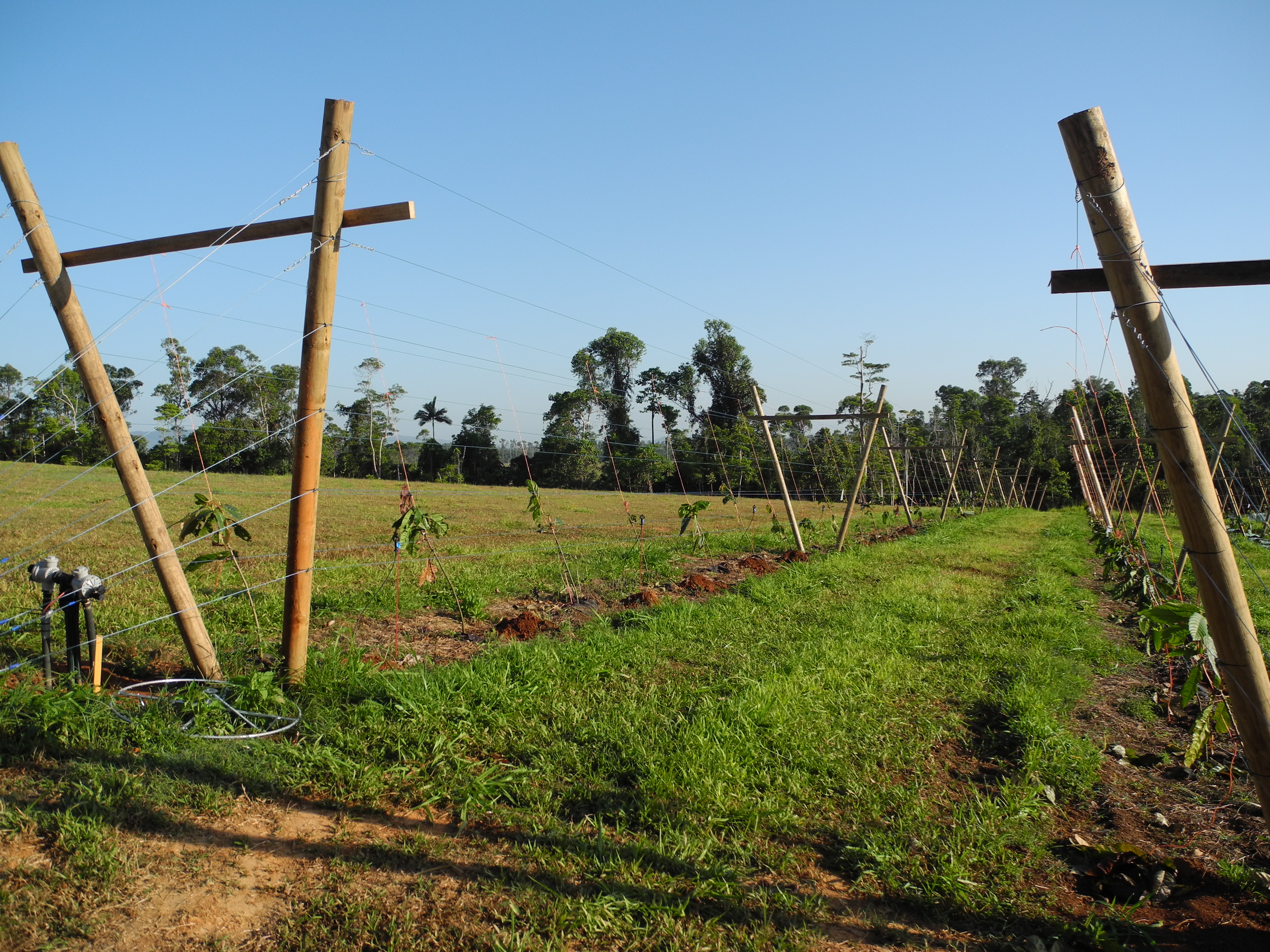 To protect the cocoa plants we installed a sophisticated trellis system, an adaptation of the Tatura trellis developed in Victoria’s Goulbourn Valley. Originally designed for apples, pears and stone fruit, the trellis was easy to modify for cocoa and helped us
cyclone proof the trees. The trellising also aids light penetration beyond the canopy top enabling earlier fruiting, increased yields and easier tree management and harvesting.

In August 2014, less than two years after the seeds were planted at our Mt Edna plantation, we harvested our first cocoa pods and made 50 individually numbered chocolate bars under the Charley’s brand. A pretty proud moment in Charley’s short life!

To increase production, we rented nearby commercial food premises and our first FBM Tempering Machine, originally a learning and training tool, was relocated along with the initial small, granite base conches. Commercial production was up and running!  We launched Charley’s first website and shipped orders throughout Australia. Our local retailers also began to stock Charley’s.  Soon, our Mt Edna cocoa plantation could not fulfil demand, so we sourced ripe cocoa pods from other local growers and beans from highly reputable growers in the Solomon’s, Papua New Guinea and Vanuatu.  By early 2017, our production facility was too small for future growth, so Chris modified a shipping container as a modular manufacturing unit and installed it in late 2017. In late 2019, we  raised new capital to fund trellising, to increase tree plantings and buy new equipment including a second modular manufacturing unit, a larger roaster, a larger conche and a commercial grade winnower.